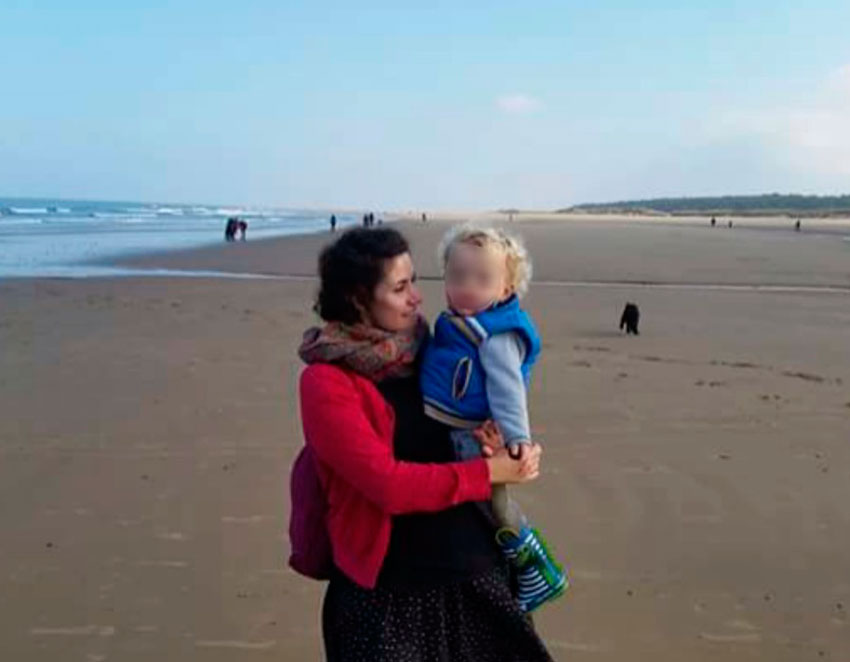 In this, the first of our guest posts, we would like to introduce you to Jemma Kirby, a good friend of bambolango’s and Head of English as an Additional Language (EAL) in a secondary school in Cambridge, UK. In this interview she shares with us her own personal experience with languages, her envy of bilingual individuals and her advice for families who are able to bring their children up bilingually…

Who am I? My name is Jemma Kirby and I am the Head of EAL in a busy, co-educational, secondary school in Cambridge, UK. EAL is an acronym for English as an Additional Language and is used to describe any pupil still in school who has a mother tongue different to English. As such I deal with the full range of language learners from new to English through to fully bilingual. I’ve recently moved from London to Cambridge where my current school has just under 30% EAL pupils, which is high for a Cambridgeshire school, and there are nearly 50 distinct languages represented within the EAL cohort.

I’ve always been fascinated by languages! Though I am not fully bilingual, I speak 5 languages myself – all of them learnt at school; university; while living abroad or for work. And I am forever collecting grammatical facts and linguistic items in any language I’m exposed to. It’s an obsession that I couldn’t live without – it makes my brain fizz with the possibility of expression.

My language teaching career began with a CELTA qualification to teach English as a foreign language in London, Italy and later Sao Paulo, Brazil. I returned to do a PGCE in Modern Foreign Languages (MFL) which had a prerequisite to learn A-Level French in 11 weeks. This was followed immediately by 2 weeks of Urdu as a lead-in to my PGCE. Thus my language profile includes GCSEs and A-Levels in Spanish and French, a degree in Italian and spoken fluency in Portuguese. I have taught TEFL, MFL, English Literature and Language and now EAL. I’ve taught language to all ages from toddler to adult and previously was responsible for delivering the French and Italian syllabus in 7 different Primary schools. I absolutely love the variety of my job and the immersion in every element of language learning.

I now have a son who is 18 months old. While he communicates well, I only speak to him in one language though we sing some songs in other languages. For him to be fully bilingual he would need to have exposure to a second language for something close to 6- 8 hours a day and it’s not realistic in our family situation. However, my language learning and teaching has definitely been an advantage in his language development. I feel calm and comfortable in interpreting his babbling and connecting new words to prior learning. He too appears confident that he will be understood and doesn’t suffer from frustration trying to communicate. And I love listening to his language and communication evolving each day. I will introduce elements of other languages as he grows up and would consider living abroad again in the future so that he has the opportunity of learning other languages more fluently.

However, if you are fortunate enough to be a bilingual family then ensure your children are able to benefit. The main advice is for one parent to stick to one language to support children in separating the two. Importantly, literacy in the first home language underpins later literacy in the host country or second language – the relationship between the two is very strong so reading to your child in the language you speak to them in is imperative. And know that once they start school it would be anticipated for their child to take at least 5-7 years to catch up with their peers but long term their bilingualism will statistically be a huge advantage to their academic outcomes. If you’re not a bilingual parent, then any exposure to language early on will still be beneficial. My mum liked French so taught me songs and poems and short phrases from an early age which I’m certain positively influenced my own feelings about language learning.

I’m most inspired by my students who can journey from no English to passable school slang in less than an academic year. But I have enormous respect for anyone who speaks 2 or more languages fluently and love to discuss how they flit from one to the other or express different sides of their personality through the contrasting grammatical structures available. I myself am much more direct and forthright in Italian than English for example. And I can’t stand the lazy, misbelief that English people ‘aren’t good at languages’ which is bandied about as an excuse for not making an effort when abroad.

If I meet someone who was born bilingual, I feel envy. In fact, when I was younger I used to wish to have a magical power to speak every world language imagining how shocked someone would be as I unexpectedly broke into fluent Hilgaynon or Twi. But, in truth, it’s the process of language learning that I adore – the hard work, the satisfaction of break-throughs, the excitement when your brain is popping with the athletics of engaging in conversation, the connections you make with people around the world and the things you can learn when you can communicate and relate to people from other cultures.

I originally went to university to study Philosophy and only picked up Italian as an additional module never expecting to do a joint honours degree. But it was one of the most unpredictably useful and exciting decisions I made. Languages and the experiences of language learning have shaped my career and fundamentally who I am. My language knowledge has opened doors and provided opportunities for work and travel both at home and abroad. I can’t imagine what I would be doing if I wasn’t working with languages. And I hope my son also develops a love for languages and who knows? Maybe we could travel together one day.